started a topic over 2 years ago

A new major version of Pivotware was just released. See here for the latest additions.

Go Back to previous step(s)

A “Go Back” button can now be configured and displayed on screen of Infinity Client. When this button is pressed, Infinity Client returns to the last executed step by the user. Users can go back to the following steps:

Sometimes during production, one may need to park a part, work on something else come back later to the original item. Park and Restore has been added to handle such cases. 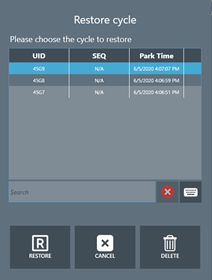 By default, Infinity Client uses the TCP Port 8080 to send step/cycle results to it's local traceability. In prior versions, this port was not changeable. This could cause conflict with other software(s) that were also using the same port. From 7.3, Infinity Client can be modified to use a different port for this process.

“Administrator” has been included as a new user level in Pivotware. In CVI Fusion, go to User Manager and open an existing project or create a new one. It’s now possible to set the User Type to Administrator, Supervisor or Operator. 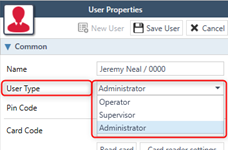 Existing supervisor are migrated to an administrator account type.

During the execution of steps all along the process, some alerts can occur and are raised on-screen; such as: Incorrect Stage, Timeout, Plugin Not Loaded, PSet Precheck Failed, Scan doesn’t match... 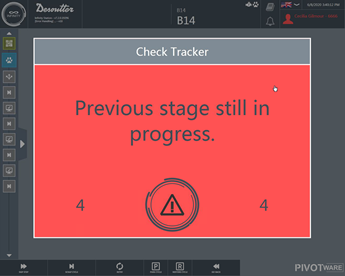 In previous releases, these on-screen alert messages were only available in-cycle and in traceability for reference purposes. In this new release, alert codes and their number are available as a Previous Step Result allowing users to make logical decision based on a raised errors.

When an error was occurring at the beginning of some step, the screen background image was not always displayed.

PM4000 controller doesn’t handle some MID such as MID0216 – Use Relay Subscription. Infinity was still sending that MID even if it was not set on Open Protocol Multitool asset.

When a disconnection of the tool occurred, Infinity was not seeing it correctly and the tool was not automatically re-initialized once the connection was re-established.

When restoring a cycle, if a go back action was done to come back on a step executed before the restoration, then the Undone status and icon   was displayed on the step where Infinity jumped.