started a topic 5 months ago

in order to improve how the Pivotware processes are structured and to facilitate improved maintenance, Pivotware 7.7 introduces Step Grouping. This allows CVI Fusion users to create higher-level operations than in previous versions by allowing them to associate steps within a process to a group instead of always working independently. Example: a marriage station containing 10 Action Tool steps could now be grouped together so that they be more easily moved within the process flow or between stations. 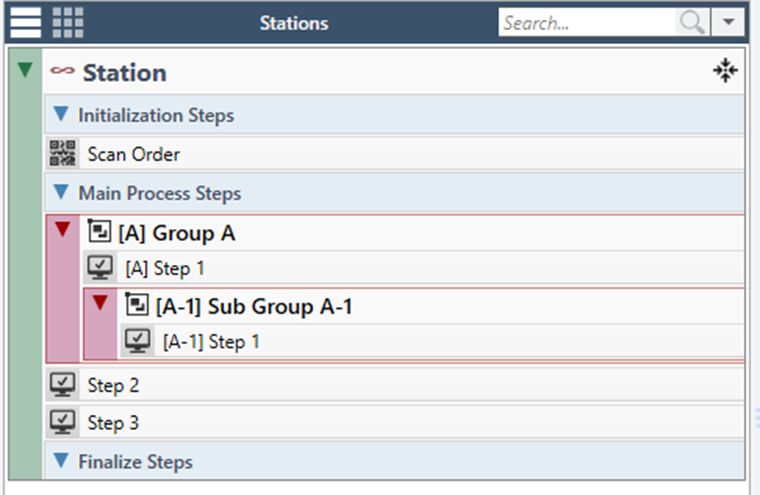 In addition, "concurrent" or "fixed" processes style can be defined at this group level instead of only at station. In previous versions, a user that used "concurrent step" to have concurrent tooling steps was forced to only have Action Tool steps in the "Main Process Steps" portion of their process. In Pivotware 7.7, a user could have their concurrent tooling inside of a group and then follow it with some other steps instead.

For ergonomic purposes, CVI Fusion users can now define the position of the buttons - on Infinity Client HMI - during certain steps. For now, this is limited to Action Confirmation and Action Camera steps only. Users can define this alignment by clicking their Infinity Client station in CVI Fusion and looking for "Controls Alignment" inside of "Process Configuration > Display Option".

Users can now access documentation relating to Infinity Module setup and usage by clicking on the "Help" button in CVI Fusion.

Users can now see the process version/revision used when a cycle was carried out on Infinity Client and sent to reporting (local or centralised) allowing for better troubleshooting when analyzing result data.

“Park and Restore” popup has been increased in size

The Park and Restore popup was too small to display all the text correctly when Infinity Client was set in Korean language.

Sometimes, CVI Fusion incorrectly raised the following error “HotSpots and Screen Background Media state are different (respectively Lookable and Value). Some problems might occur in this situation” during deployment when a process was configured to use a lookup table to define hotspots and/or a screen background media of an Action Tool.

For more information about the new functionality or bug fixes, please see our release note here or contact support here