started a topic over 1 year ago

Users can now define important (key) and non-important steps in the their processes. Further to this, users can then choose if all steps should be saved in centralized traceability or only key steps. Users can also filter on this criteria in CVI Fusion reporting. 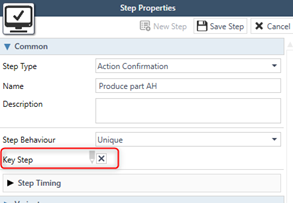 A full backup of Infinity Client can made created and stored on an inserted PRIM. This PRIM can then be taken from this device to another where Infinity Client is installed and be restored.

Compatibility with upcoming DeMeter 2.0 "On Premises"

The Prevailing Compensated Torque recorded during Action Tool steps is now stored inside the Pivotware Database. It is acceptable when exporting a CSV Report.

No limit to user Pin Codes

User pin codes defined in User Manager are no longer limited to 8 digits. 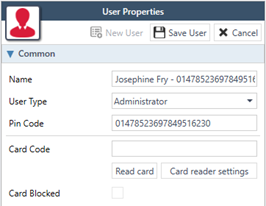 Delta Wrench asset usage on an Infinity Station now requires the use of a "Standard Tool" feature rather than a "Wrench Tool" Asset.

Randomly at InfinityClient start or when connecting the PRIM, Infinity could raise the “PRIM corrupted” message on the diagnostic screen.

Row alinement is not good in reporting

CVI Fusion was not displaying correctly reports and misalignment could occur in the tables of the report. The layout has been improved on every report.